BEST NEWS CHANNELS IN INDIA AND THEIR DOMAIN NAMES


In this article, we are showcasing the top 10 news channels in India and their domain names.Almost all channels own .com domain names, in the same way they are owning .in domain names too. 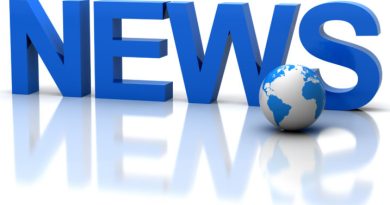 Without any doubts, the leading news channel in India is Times Now. One of the most popular and common household name in the country, the English news channel has for years now, enjoyed widespread success. Owned by The Times Group, the channel is headquartered in Mumbai. The channel is known for its highly sensationalized news and for its controversial lawsuits.

The 24-hour English news channel, India Today ranks as the second best news channel in India. Owned by the TV Today Network, the channel was formerly known as Headlines Today. It has been always known to have sensational coverage of the news, like other popular news channels in the country. They own indiatoday.in.

The premium Hindi news channel of the country, The 24-hour news channel is owned by the TV Today Network. Founded by Surendra Pratap Singh who is also a news anchor on the channel and managed by Aroon Purie, this news channel with its good content has found its trust in its viewers. They own aajtak.in,intoday.in.

Arguably one of the most popular English news channels in the country, NDTV 24×7. Owned by NDTV, the channel caters to its audience with fast and wide current affairs coverage. It holds on to its slogan “Experience. Truth first.”. It has won the Best News Channel Award once at the Asian Television Awards and twice at the ITA Awards.

They own “ndtv.com” similarly they have ndtv.in,ndtvnews.in too, At the moment ndtv.in domain redirected to “khabar.ndtv.com”

The popular Hindi news channel ABP News, Owned by the ABP Group, ABP News was launched back in 1998 as STAR News before the group took over the channel in 2012. With notable personalities like Dibang and Neha Pant associated with the channel, ABP news is the second most popular Hindi channel in India. They own abpnews.in and abplive.in.

CNN-News 18, originally known as CNN-IBN. Owned by Network 18, in May 2014, the Reliance group of industries announced taking over the network, which has been proclaimed as “one of the biggest deal in the Indian media space”. The English news channel with shows like India at 9 that have great TRP ratings, and popular names like Rajdeep Sardesai working as the Editor-in-Chief of the IBN network, has gained attention from the masses.

They own “news18.com” similarly they own news18.in,cnnnews.in too, At the moment news18.in is showing not reachable.

The Hindi news channel India TV ranks seventh on our list. Based in Noida, Uttar Pradesh, this news channel was the brainchild of renowned personality Rajat Sharma and his wife, Ritu Dhawan. India Tv has received investment from Fuse+ Media which has over $1.5 billion assets under management. With big term investments from the likes of Mukesh Ambani, this channel has taken over the good television ratings for a while now.

They own “indiatvnews.com” similarly they own indiatv.in too.At the moment indiatv.in is not redirected its another news site.

BBC’s very own international and current affairs English news channel, BBC World News. The channel is known to have over 76 million viewers worldwide. The news channel’s correspondents and reporters are large in number and its international bureau is known to be the largest among news channels. Owned by BBC Global News Ltd., the funding for this channel is attributed to the subscriptions and advertising.

Owned by New Delhi Television Ltd., NDTV India. Conceptualized by Prannoy Roy and his wife Radhika Roy, the Hindi news channel went on to gain wide popularity among the masses. With people like Ravish Kumar associated with the channel, the channel has garnered much attention in recent years.

They own “ndtv.com” similarly they have ndtv.in,ndtvnews.in too, At the moment ndtv.in domain redirected to “khabar.ndtv.com”

Zee Media Corporation’s news channel,Zee News. The Hindi news channel founded in 1999 has made its way to being one of the best news channels in the country. Headquartered in Noida, this news channel has Subhash Chandra as its Chairman and notable personality Sudhir Choudhary as CEO.They own zeenews.com.