Gone are the days only .com names on national paper front page ad

Two .IN Names took the center of attraction of the “The Hindu” , India’s national news paper. Imagine any such ads around 2012 or 13 was almost impossible on a .IN domain name , there is a lot of change in India about .IN adoption. Predominantly .com every where to .IN existence now (this is the phase1 of transition) , phase 2 of the transition will start in a year or two. if there is no .IN you are missing the business. If you have not secured your .IN so far, secure at the earliest possible. 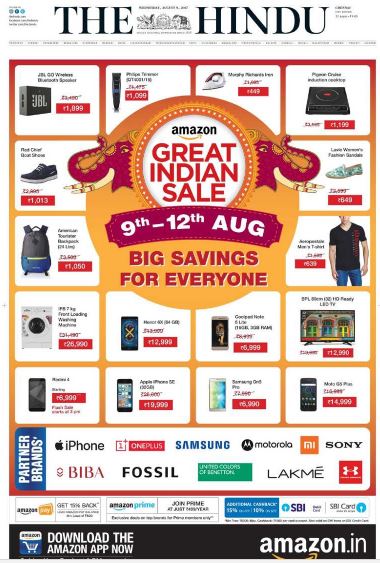 On a different note , On the occasion of 75th anniversary of Quit India Movement, Indian government has started a New India promotion, making new India. NewIndia.in has transferred from previous owner and has built a nice website on it in less than two days of the domain name has been transferred out . We have reached out to the previous owner to comment on the modalities of the transfer process involved, yet to get an answer to our request.

Overall its great to see a .IN name getting selected for such a massive initiative such as “NewIndia”. Please visit NewIndia.in as a must to understand the vision of the government.