In the given dispute the complainant was incorporated as “Pettigo Comercio Internacional Lda”. On march 2011,the complainant coined and adopted the trademarks “LYCA” and “LYCA TEL” and also have proper licence to trademarks like LYCAMOBILE,LYCATALK ,LYCAFLY AND LYCAHOLIDAYS.

The complainant owns several websites like lycamobile.com,lycatalk.com,lycafly.com and lycaholidays.com because their business was extended in telecommunication,financial and travel agency services.The complainant finds the disputed domain lycamobile.in is registered by the respondent,the website domain is redirected to platinumcaterers.co.uk/  misleading their customers and trafficking and defaming companies good wheel .

Respondent has Failed to file a formal response to the complaint inspite of two opportunities given to him by the Arbitrator.

As per the evidence established by Complainant,  the complainant owns multiple domain names comprising the trade mark LYCAMOBILE which would create confusion,Anyway the use of trademark Respondent “LYCAMOBILE” is not legal.Therefore the Respondant has no legitimate right over the said domain name.

Finally,the Tribunal finds the disputed domain name has been registered and used in bad faith. 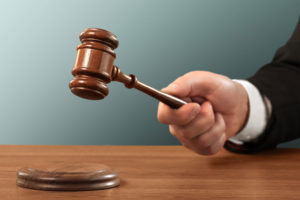 Honorable Arbitrator RACHNA BAKHRU taken the decision as the “complainant has succeeded in its complaint”.

Please read the further details about the dispute” @lycamobile.in